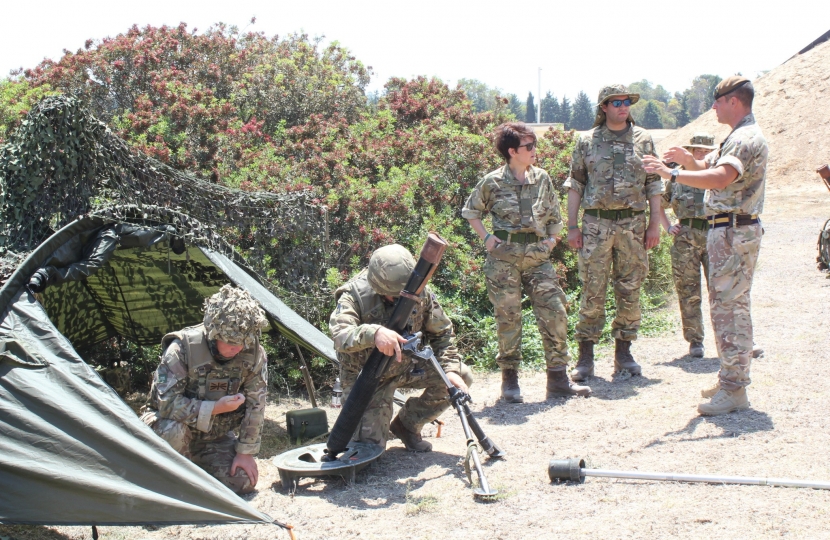 Ranil said: ‘I had the privilege of visiting British Forces Cyprus to thank the personnel directly for their efforts in fighting the so called Islamic State. The men and women there play a huge role in ensuring our security in Britain, and I am hugely grateful to them.

‘During the visit, I met with personnel and discussed how it is extremely rewarding it is to serve your country, but the downsides also such as the challenges of family life. I also visited a field hospital, inspected a Tornado, had a tour of the Nicosia UN buffer zone and visited the ranges where I saw just how many weapons there were (and how heavy some of them are!)

‘It was a fascinating insight into the life of someone serving overseas and I was thankful to the Armed Forces Parliamentary Trust for organising the visit. It was a great way of showing MPs what life is really like for servicemen and women, and how the decisions we make in Parliament result in action on the ground.’