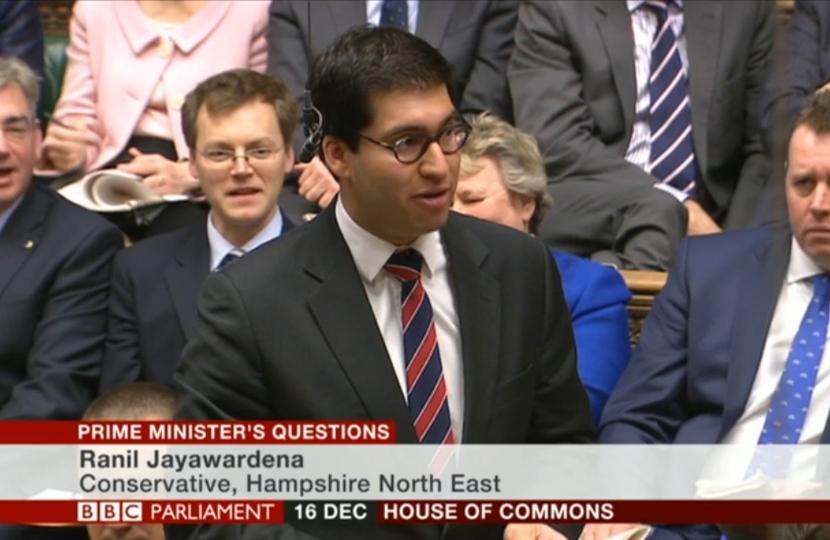 Ranil Jayawardena has published an open letter to all constituents of North East Hampshire regarding his views on the European Union.

"I have been waiting for the final deal to be reached before considering my own view on the United Kingdom's membership of the European Union. I have now come to a considered position and have published an open letter to all my constituents across North East Hampshire.

Of course, my own view is just that. The Conservatives have taken the steps to make sure that people - not politicians - make this decision through a referendum. I should like to thank the Prime Minister, DavidCameron, for delivering this key manifesto pledge.

My view is just one vote out of all those in North East Hampshire, a constituency of over 72,000 people. There are honourably held views on both sides of the debate and I hope that the referendum debate will be conducted with respect.

I have considered the arguments put forward by Michael Gove, Boris Johnson, Theresa May, Capital Economics - and others - in reaching my view.

Ultimately, you will have your own say over the future of our country and the British people, as a whole, will decide."