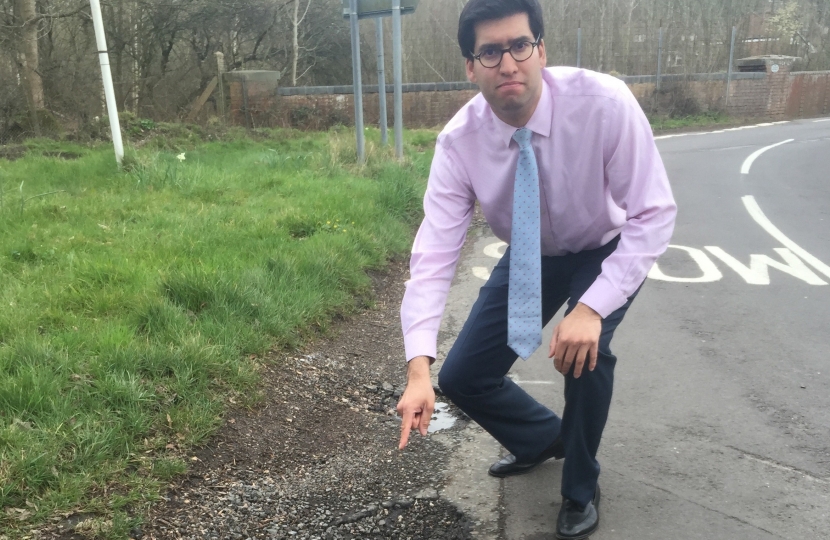 The nearly £100 million fund from the Department for Transport is on top of the £75 million in government funding already given to councils around the country from the Pothole Action Fund this year—£2,123,000 for Hampshire—and the £46 million boost for highways authorities announced just before Christmas.

“Just as the UK recovered from the Beast from the East, our roads were battered again by Storm Emma. With this unexpected icy spell, our roads suffered more damage than Hampshire County Council could have anticipated.”

“It is wholly welcome, therefore, that HM Government has recognised this problem and is providing Hampshire with an extra £3 million to fix this winter’s damage to our roads.”

“As I hold regular meetings and surgeries across my constituency, I rely heavily on our local roads, just as many of Hampshire’s families and businesses do. This government has provided the money, so now I would call on Hampshire County Council to get residents across north Hampshire driving again.”

You can find out more on HM Government's announcement here.

Better Roads Across Our Area

In my continuing campaign to improve the roads in and around North East Hampshire, I've met Andrew Jones, M.P., the Minister for Roads to discuss recommendations on how our local transport infrastructure can be upgraded.