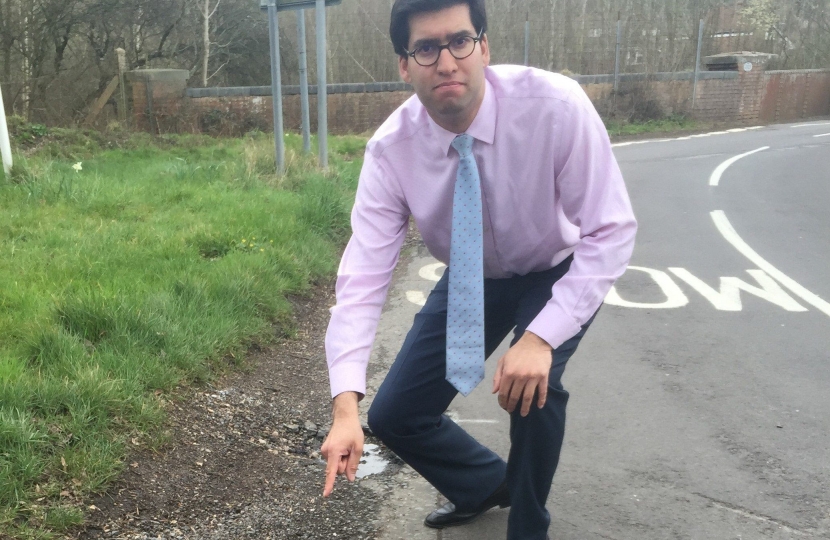 I welcome the government's announcement of £3 billion of investment on improving roads in a boost for motorists across the UK and in North East Hampshire.

The Transport Secretary has outlined details of road improvements announced as part of the Autumn Statement, including:

£925 million to tackle congestion and provide upgrades on local roads;
£175 million to improve the 50 most dangerous roads in the country; and
£220 million for Highways England to combat congestion.

Better Roads Across Our Area

In my continuing campaign to improve the roads in and around North East Hampshire, I've met Andrew Jones, M.P., the Minister for Roads to discuss recommendations on how our local transport infrastructure can be upgraded.