How Britain is strengthening her trade links with countries around the world, most recently with Chile. 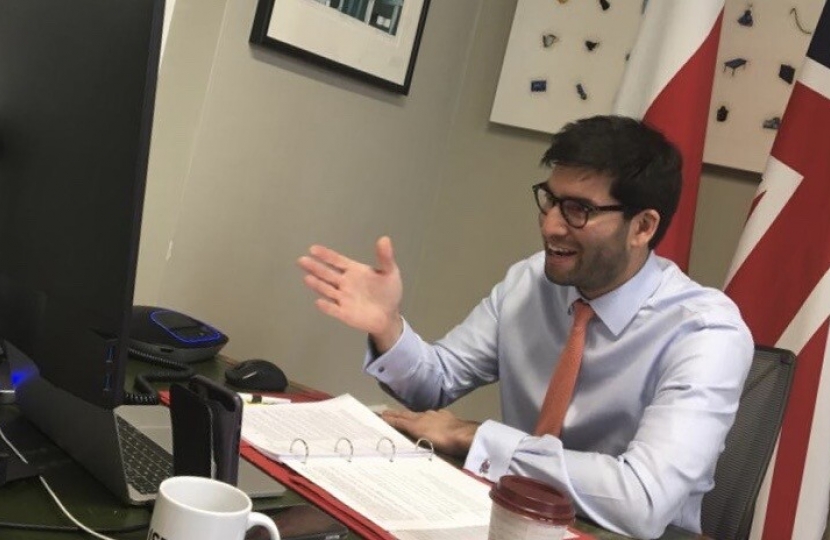 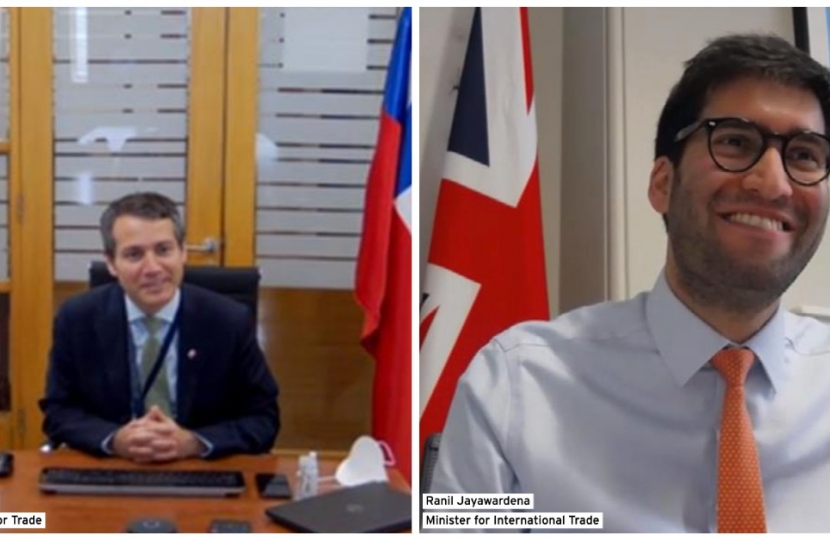 Today, I co-chaired the Anglo-Chilean Trade Dialogue with my counterpart, Vice Minister for Trade, Rodrigo Yañez. We discussed how we can increase trade flows, including through our Association Agreement, Britain’s accession to CPTPP and breaking down those, often, unintentional barriers to trade.

The United Kingdom and Chile are longstanding partners. Our two countries share a common belief in open markets and free trade as the best way of increasing prosperity and creating economic opportunity, and that’s how we create better jobs, higher wages, more choice and lower prices – good for business and good for the British people.

Providing certainty for businesses through the United Kingdom-Chile Association Agreement

Chile was the first country to sign a transitioned trade agreement with the United Kingdom as a newly independent trading nation and I look forward to building on this sure foundation.

The agreement between the United Kingdom and Chile was a clear win for both countries and will come into force after the transition period ends, providing continuity and certainty. It will maintain the current level of access to the Chilean market for British businesses and – importantly – provides opportunities to open-up trade further.

The United Kingdom’s accession to CPTPP

British accession to CPTPP is a priority for HM Government, and we hope to make our formal application in 2021.

CPTPP is a trade agreement between 11 countries across 4 continents representing 13% of global GDP in 2018 – increasing to more than 16% if we were to join. This free trade area reduces tariffs on goods and removes other barriers to trade.

CPTPP is not a protectionist trading bloc, with a high external tariff. The reality is quite the opposite – signatories remove tariffs on 95% of goods traded between them; trade is better enabled by its modern rules in areas of increasing importance for British industry and businesses, including on digital trade, data, financial, professional, and business services; and signing up to CPTPP doesn’t prevent a country doing great trade deals with others.

I welcome Chile’s support for our accession, which will help to deepen our already strong trading relationship. Total trade in goods and services between Britain and Chile was £2.1bn in 2019. Chile remains one of the foremost champions of free and open trade in the Pacific region and CPTPP accession would help us drive future growth together, so I look forward to engaging with Chile further as Britain prepares her application.

We are keen to work with Chile to further open-up our markets and enable British companies to export to and invest in Chile. I look forward to strengthening our relationship with Chile further, by making the most of the Association Agreement and working ever more closely on our shared interests.