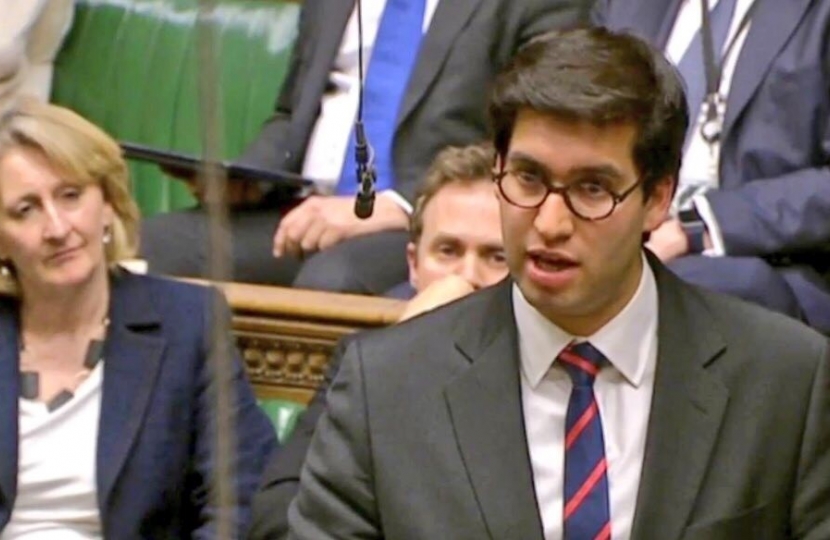 Ranil Jayawardena – Member of Parliament for North East Hampshire – took the opportunity at a recent Parliamentary Debate on “Gypsies and Travellers and local communities” to speak out for local constituents, calling for reform of the outdated law in this area which puts the interests of travellers above those of local residents.

Having received a lot of correspondence from constituents reporting vandalism, trespassing and threats from travellers in North East Hampshire, Mr Jayawardena took the opportunity to raise the concerns of constituents with the Minister of State for Communities and Local Government, Alok Sharma.

Mr Jayawardena pushed for a review of the law in this area, noting that the current law takes too long to effect; does not give the police sufficient powers to act if the disruption caused is below the threshold of public disorder; and states that the police can only move trespassers on if there is a permitted traveller encampment within the same local authority.

On this latter point, Mr Jayawardena claimed that there is a wholly unlevel playing field between the rights of everyday citizens compared to those of gypsies and travellers, stating:

“If I build a home because I want to live somewhere without permission, the local authority doesn’t have to give me another plot. It’s a totally unlevel playing field and something must be done.”

“We do have discrimination in this country, not against Travellers and Gypsies, given the number of advocates they clearly have on the Opposition Benches, but against the hard-working, honest residents of communities up and down the land. They are the silent majority - and are, too often, the forgotten people.”

Ranil Jayawardena continued by taking the opportunity to commend a number of local councillors working on cases in this area, including County Councillor Rhydian Vaughan, who has been working on a traveller case in Bramley, where it is alleged that children of travellers have been firing ball bearings at windows in the vicinity; Borough Councillor Venetia Rowland, who has been working on the illegal felling of 500 trees in Sherfield by travellers; and Silchester Parish Council, which has been tackling the retrospective planning application from an unauthorised traveller encampment.

Ranil Jayawardena concluded his contribution to the debate by saying:

“I hope today’s debate will be the start of a real shift in Government policy. A policy that’s not shifted since 1994, and will lead to the government reconsidering criminal legislation in this area – recasting existing legislation to make it work. More must be done. Constituents demand it – and, boy, do they deserve it.”