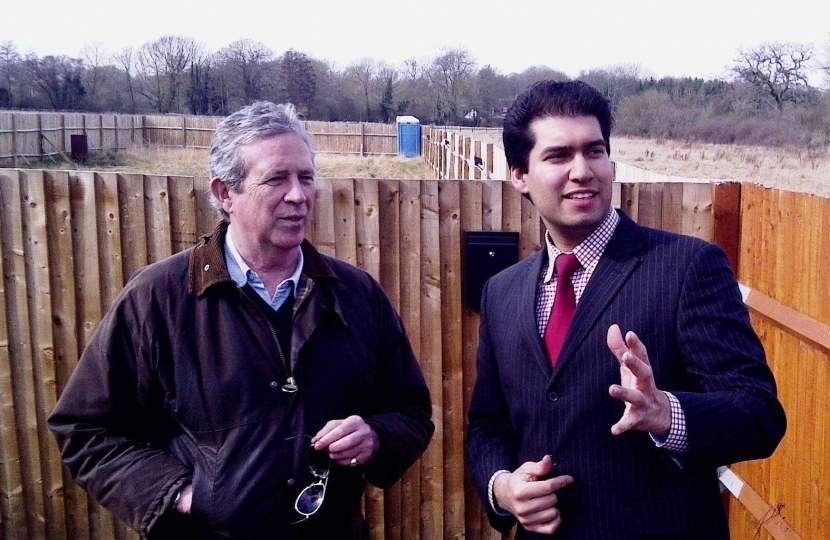 Member of Parliament for North East Hampshire, Ranil Jayawardena MP, is launching a petition to urge HM Government to strengthen police powers by giving the police the power to direct trespassers to leave simply because of trespassing—and before damage, abuse or six vehicles occurs.

Another police power that Mr Jayawardena is calling on the government to strengthen is Section 62A of the Criminal Justice and Public Order Act 1994. Currently, police can direct travellers to leave an unauthorised site if there is a suitable pitch provided by the council elsewhere in Hampshire. The petition calls on the government to allow council pitches within 25 miles—even if this requires crossing the county boundary.

And, as many travellers submit retrospective planning applications for unauthorised building work, the petition calls for “a presumption against illegal encampments whereby appellants cannot be resident while appealing”.

“Unauthorised traveller encampments are a nuisance for local communities and a completely inappropriate use of open space—whether it is highway land, Ministry of Defence land, or otherwise. People are rightly frustrated at the length of time processes seem to take within the law.”

“While it was the last Conservative government—back in 1994—that ensured some powers exist for local authorities and the police to deal with unauthorised traveller encampments, it is time to bring those powers up to date, to tackle the problems that people are facing today.

“This petition aims to do just that and I would strongly urge you to visit ranil.uk/travellers, sign it, then share it with your friends and family.”

In the House of Commons, Mr Jayawardena said:

“We do have discrimination in this country, not against Travellers and Gypsies, given the number of advocates they clearly have on the Opposition Benches, but against the hard-working, honest residents of communities up and down the land, the silent majority.

“It is a totally unlevel playing field and something must be done.

“More must be done. Constituents demand it—and, boy, do they deserve it.”

“Since August last year, two of my Parishes have been laid siege to by travellers who have been in flagrant breach of the law at almost every turn. Criminal damage, breaches and misuse of the planning system, threats of violence, you name it.

“It is high time we were all under the same laws - there is a persecuted population in my Division and it is not the travellers. I would welcome a realignment of the law in these areas.”

““I welcome the opportunity for my constituents to have their say on the review of laws dealing with unauthorised encampments in my ward.  Local residents want to have laws that apply to everyone equally, and not have to endure the anti-social behaviour which there  seems a reluctance or the lack of powers to deal with.”

More information on the consultation being run by the Ministry of Housing, Communities and Local Government can be found here.