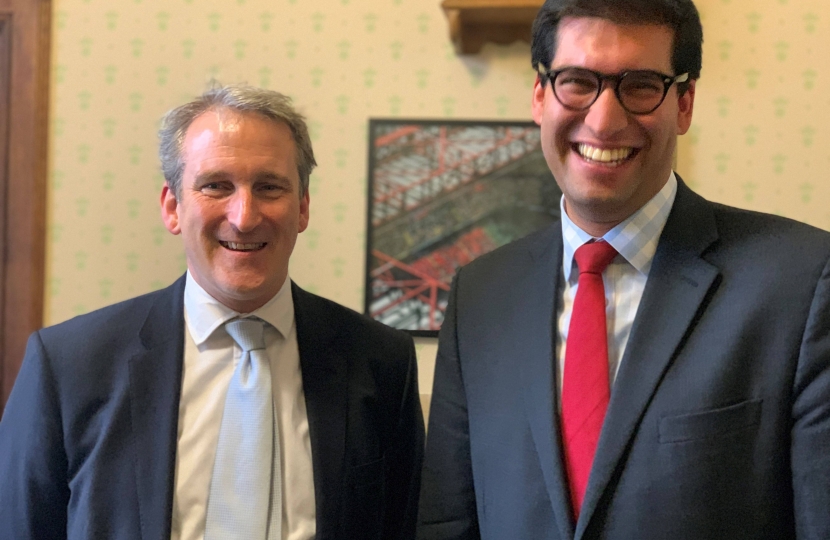 Member of Parliament for North East Hampshire, Ranil Jayawardena MP, is pleased with the improvement shown by north Hampshire schools, as the Department for Education released the provisional 2017 – 2018 GCSE results statistics last week.

Across the fourteen state secondary schools in north Hampshire (the Borough of Basingstoke and Deane and the District of Hart), fewer than a third had Progress 8 scores ‘below’ or ‘well below’ the national average, compared to two-thirds last year.

Progress 8 is HM Government’s measure of pupil progress that compares individual pupils’ results to that of other pupils with similar academic starting points in other schools around the country.

There are still improvements that can be made as the mean Progress 8 score is still -0.19, up from -0.31 last year.

On the other hand, the results also show potential for improvements through the government’s free school policy.

31 per cent of free schools are judged “Outstanding” by Ofsted compared to 21 per cent of other schools. Despite free schools being a tiny proportion of secondary schools, often located in deprived communities, four of the top ten performing schools nationwide at GCSE (Progress 8 score) are free schools—and they are more likely than any other school type to be classified by the DfE as ‘Well above average’.

Free schools are also, for the fourth year running, the top performing type of school in the Primary School Phonics Screening Check and Key Stage 1 SATs and at A-Level, 23.6% of students in free schools gained AAB or higher, compared to a national average of 19.2%.

“I want to take this opportunity to thank every local teacher for all the hard work that they have put in, alongside pupils and parents, to improve the quality of education that every child deserves.”

“You know I care passionately about education and will never stop fighting for improvements, whether that is a new free school for the future, or the additional £3.5 million per year I helped win for North East Hampshire schools—a fairer share of government funding for our primary and secondary schools.

“Schooling is improving. Nonetheless, free schools help enliven educational ecosystems and punch above their weight in Ofsted and progress ratings, so I will continue to call for one to come to our area to help drive up standards further, provide real parental choice and deliver new places in our growing area.”