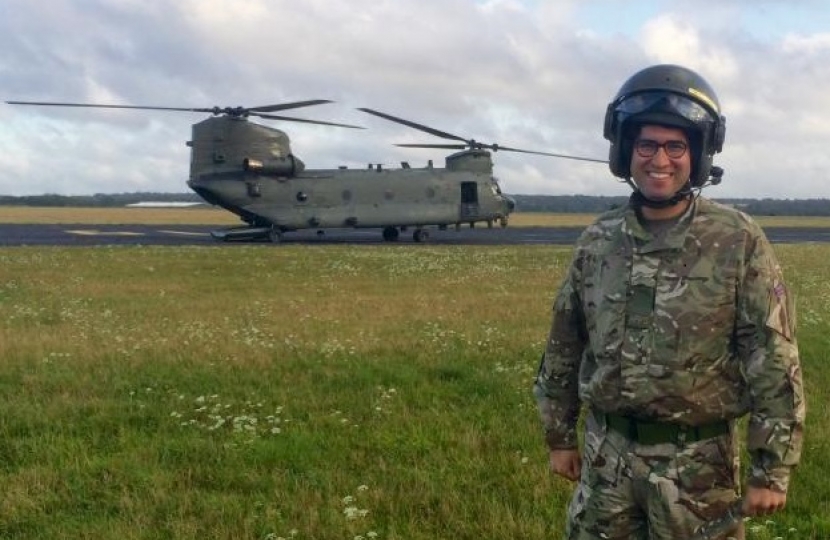 Member of Parliament for North East Hampshire, Ranil Jayawardena MP, along with Member of Parliament for Aldershot, Leo Docherty, MP, is launching a petition to urge HM Government to introduce a Statute of Limitations to prevent British veterans being subject to spurious and vexatious historic allegations and repeated prosecutions.

The proposed Statute of Limitations would protect veterans of conflicts in Northern Ireland, the Falklands, the Balkans, Iraq, Afghanistan and all other overseas combat operations.

“The first duty of HM Government is to keep us safe from those who wish to do us harm. Our fantastic servicemen and women put their lives on the line to look after us—now we must look after them.”

“This Government closed down Labour's Iraq Historical Allegation Team (IHAT) and had tank-chasing lawyers struck off by the Solicitors Disciplinary Tribunal, but it is vital we do more. It is disgusting that decent folk are now living in fear, with their reputations damaged for no reason.

“This petition calls on the Government to let our brave veterans get on with their lives without having to look over their shoulders. I would strongly urge you to go to ranil.uk/military to sign it, then share it—with your neighbours, friends and family.”