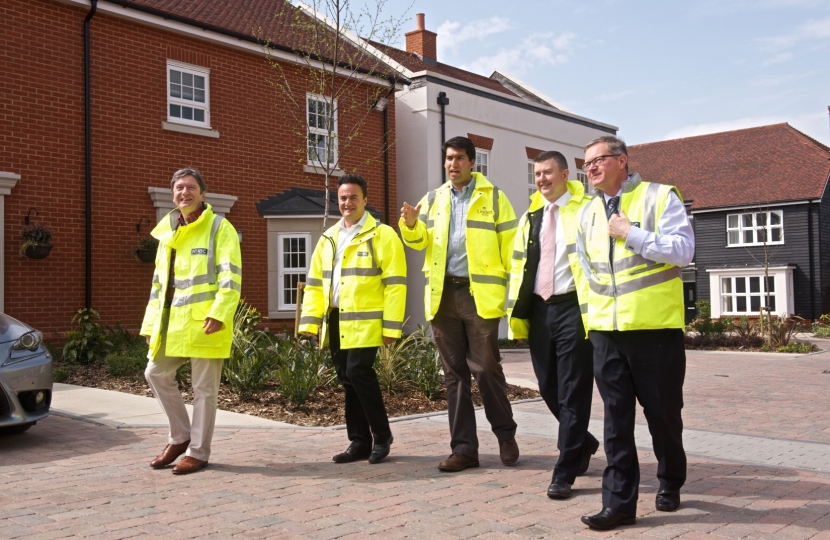 Ranil Jayawardena—Member of Parliament for North East Hampshire—is encouraging Hart District Council to respond favourably to the Government consultation on reforms to the planning system including the formula used to calculate the target number of new homes in Local Authorities.

The Government did not previously take into consideration constraints such as Special Protection Areas or Sites of Special Scientific Interest when determining housing need. The Government is now proposing to take account of such land and this is good news for Hart.

If Hart District Council adopts the new formula, it will result in more green space in the locality.

“Councils have spent too long working on Local Plans – we need certainty for local people now. I’m delighted that the Government has listened and has arrived at a lower number for Hart than the local council has proposed.”

“While it is not my responsibility to decide which sites are used for development – that is for local councillors – it is important that the Government has understood how councils have faced challenges, and I am pleased that the new proposed formula for calculating housing need has resulted in a significant decrease in housing targets in Hart.”

“It is now over to Hart District Council to make this happen – I hope that councillors will respond favourably by reducing the housing numbers in their Local Plans and by publicly supporting the Government in its consultation on these proposals.”

The full Government consultation is available at: https://www.gov.uk/government/consultations/planning-for-the-right-homes-in-the-right-places-consultation-proposals