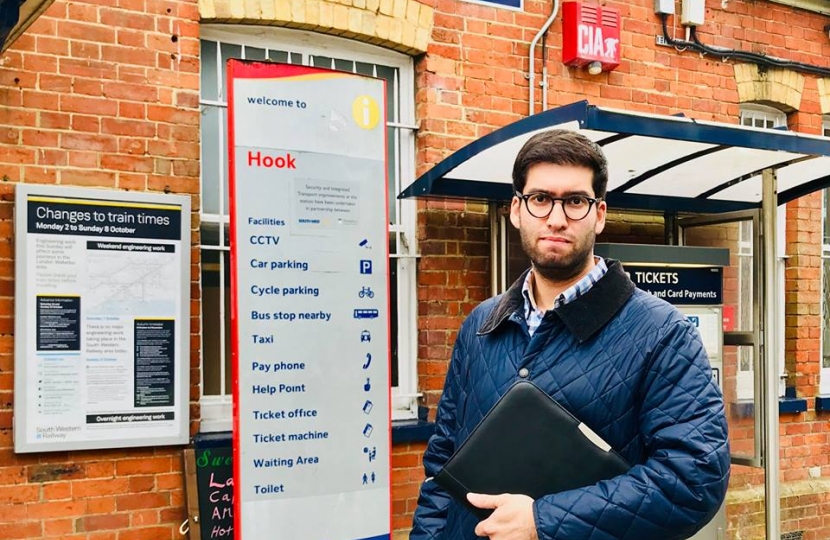 Member of Parliament for North East Hampshire, Ranil Jayawardena MP, has welcomed the launch of the consultation by Britain’s rail companies, working with independent passenger watchdog Transport Focus, for customers, businesses, passenger groups, employees and the public to have their say about what the fares system should look like.

The consultation follows a survey of rail customers carried out by KPMG on behalf of the rail industry. The report finds that in the South East and East of England only 36% of customers are very confident that they have the best value rail ticket.

Fare regulations have remained largely unchanged since they were first introduced in 1995 and assume that all customers will buy their ticket by visiting a ticket office. Further layers of requirements have been added through individual franchise agreements, with little or nothing taken away.

This means that long-standing anomalies are becoming locked in, resulting in bigger problems for customers, and there are now around 55 million different fares.  Regulations have also failed to keep pace with the rise of smartphone technology or how people work and travel today, with part-time working and self-employment having increased by over a third in 22 years.

Responding to the launch of the consultation Ranil Jayawardena said:

“Many of you will, I hope, have seen my campaigns to protect and improve our services. With 55 million different fares options, it is crucial we make it easy for passengers to know that they have got value for their hard-earned money.”

“I am pleased to see the rail industry consulting on this issue and I would encourage people to respond.

“There are a range of key issues that many constituents have raised  with me, including Delay Repay—on which I am pushing for full rollout to smartcards and a smarter system as soon as possible—and the need to retain current flexibility—using one return ticket to commute from Basingstoke to London Waterloo, while then returning, perhaps following dinner or a meeting elsewhere in London, from a different terminal such London Paddington to Basingstoke, on the same return ticket as an example.”

“This consultation will ensure the views of passengers, communities and businesses will be represented when we present our proposals to governments later this year. Reforming the rules about how tickets are sold and bought has the potential to transform the buying experience for customers, making it easier for people to be confident they are getting the right ticket. These reforms support what the industry is already doing to make improvements to fares alongside record investment in new train carriages, upgraded stations and extra services.”

You can respond to the consultation here.

Save our train services

South Western Railway—the new franchise holders for the South West Trains, including the Waterloo to Basingstoke line—recently consulted on their proposed new timetable to come into action in December 2018. Their original proposals resulted in Hook and Winchfield (with 1,192,904 entries and exits

As many local residents rely on our railways, I'm continuing my fight for quicker, longer, better trains. That's why I met the Railways Minister, Paul Maynard MP, yesterday to highlight the improvements that need to be made to the South West Trains network - both today and in the future.