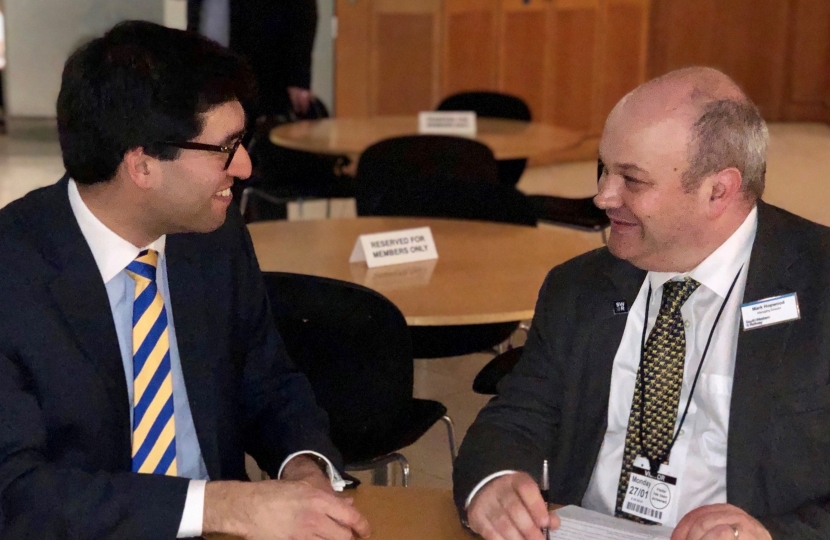 Member of Parliament for North East Hampshire, Ranil Jayawardena, has welcomed South Western Railway’s announcement that it will be offering additional compensation to customers affected by the RMT’s strike action in December 2019.

This compensation of up to five days rail travel cost will be over and above the usual ‘Delay Repay’ scheme. Further details can be found here.

“After the disastrous end of last year, I’m pleased with this better news from South Western Railway. You and I both know that SWR’s service and performance has simply not been good enough – and this announcement from SWR shows that they know it too.”

“Having written to both the new Managing Director of SWR and the Secretary of State for Transport to call on SWR to pay compensation – over and above the standard ‘Delay Repay’ – I’m very pleased to see that this has been heard and SWR is now taking action.”

“This compensation – worth up to five days travel – is not only the right thing to do, but sends a clear message that Mark Hopwood, the new MD of SWR, is sincere in his commitment to fixing the service, and builds on both his apology and action plan to improve journeys.”

As many local residents rely on our railways, I'm continuing my fight for quicker, longer, better trains. That's why I met the Railways Minister, Paul Maynard MP, yesterday to highlight the improvements that need to be made to the South West Trains network - both today and in the future.