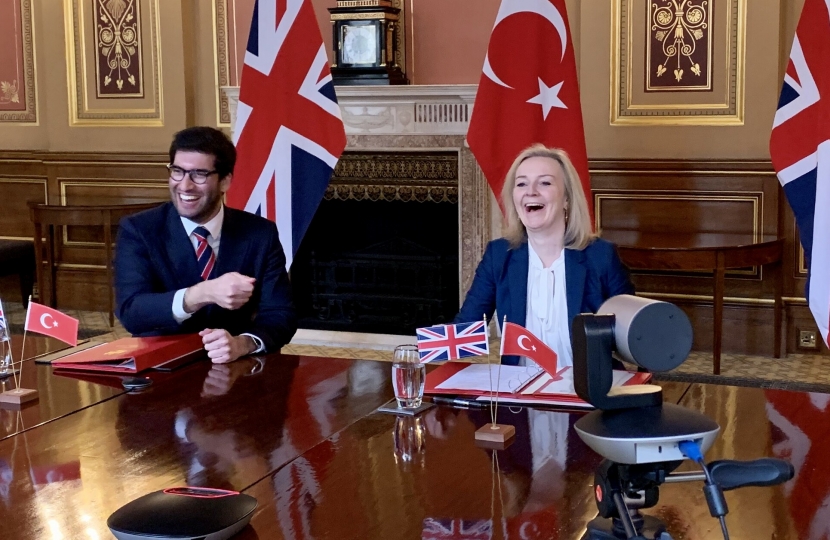 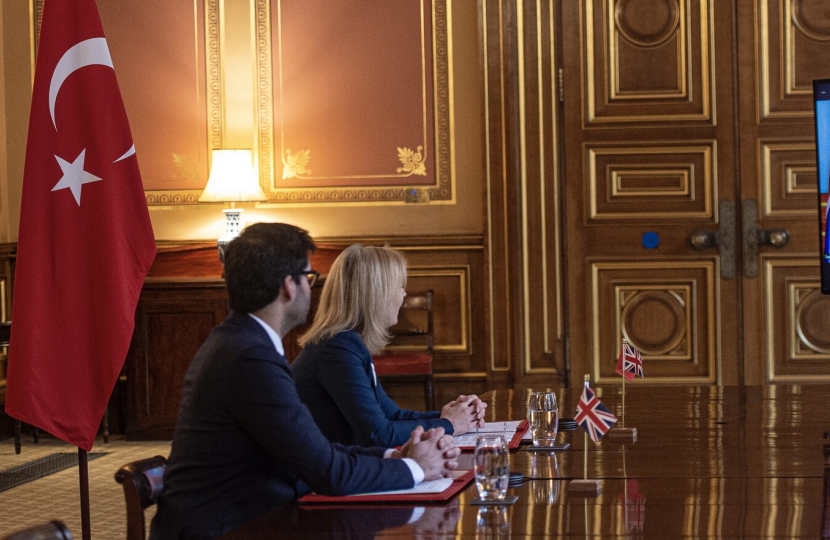 As Britain looks forward to life outside the EU, we have been securing deals worldwide to help businesses continue trading without disruption.

Earlier this week, between Christmas and our muted New Year celebrations, we signed a trade agreement with Turkey, locking in tariff-free trade in a relationship amounting to some £18.6 billion in 2019.

Britain and Turkey are working closely together as major international partners, to show that the best way forward, in the current climate, is through free trade.

COVID-19 has had a truly devastating impact this year, unprecedented in our lifetimes, and trade has inevitably been badly affected – but deals like the one we have signed with Turkey offer a route to recovery and growth for both our economies.

This is a significant deal for both countries.

It protects vital supply chains for flagship industries such as automotive, manufacturing and steel.

More than 7,000 British businesses exported goods to Turkey last year – including machinery worth over £1 billion and £575 million-worth of iron and steel. This deal will make sure these companies can continue their flow of goods with zero tariffs.

British car exports to Turkey were worth £174 million in 2019 and this deal again provides vital certainty for those on both sides. Global auto giant Ford sends car parts from Britain to Turkey to assemble the iconic Ford Transit. A third of these famous vans are then exported back to our shores.

This deal also supports importers of textiles – another British favourite! Under WTO terms, the textiles industry would have seen an increase in duties of more than £100 million each year. As this trade deal kicks in today, it cements preferential tariffs and gives certainty to businesses trading with Turkey that provide vital jobs here at home.

We are strengthening our relationship with Turkey

The deal this week paves the way for a more ambitious and comprehensive Free Trade Agreement (FTA), which promises to be tailor-made for the British economy while deepening and broadening our ties with our Turkish friends.

As we become a fully-fledged independent trading nation for the first time in decades, we can go further than our current continuity agreement, and seize opportunities in the markets of the future – in the services and technology sectors in particular.

In under two years, Britain has secured trade agreements with 63 countries worldwide, plus the European Union, which covers £885 billion of our trade.

This is totally unprecedented, and a magnificent achievement – no other country has ever negotiated so many trade deals in such a short amount of time.

This is just the beginning, as we truly become Global Britain.