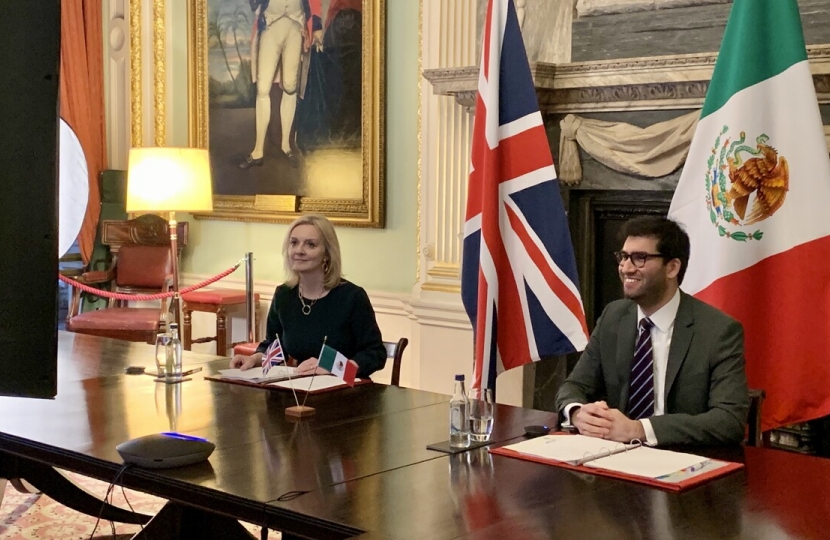 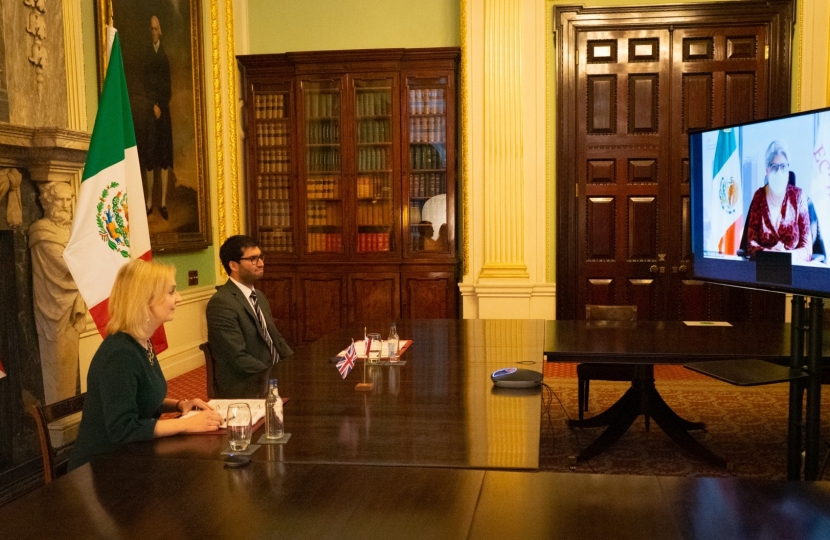 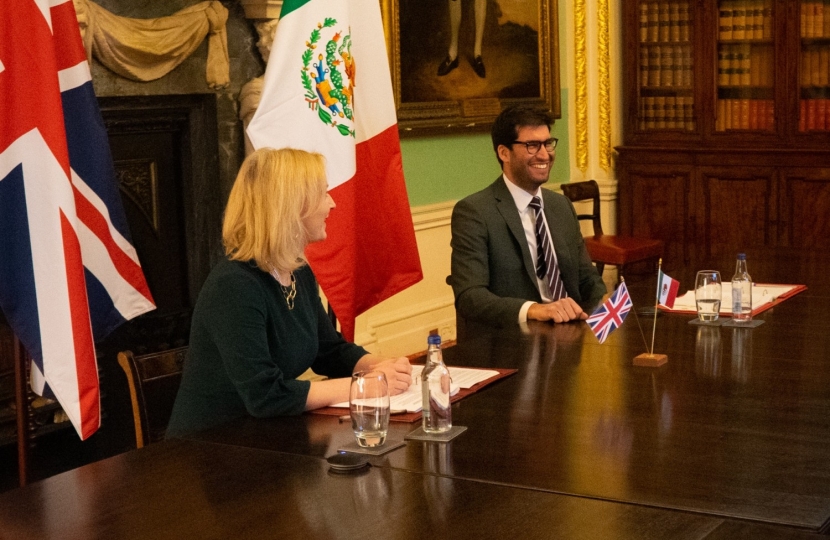 Over recent months, the Department for International Trade has been working away, quietly and carefully, to secure more trade deals with countries right around the globe. Today, we have signed an agreement with Mexico, locking in a trade relationship worth over £5 billion, supporting some of our most traditional and beloved products in each of our nations, as well as our automotive and other industries.

The new United Kingdom-Mexico Trade Continuity Agreement will benefit the industries where Britain has the most trade with Mexico, including manufacturing sectors, food and drink, and textiles, as well as pharmaceutical and agriculture.

These industries form the backbone of our country and this deal will mean these sectors can continue to trade tariff free. Tariffs on British car exports will remain at 0%, as compared to up to 20%, which is what it would have been under WTO terms. This could save around £29 million in duties next year on British exports of vehicles under the agreement.

The food and drink industry will also benefit under this deal. Tariffs on British beverage exports will remain at 0%, including exports of our brilliant wine, beer, cider, gin and tea.

This follows the recent signing last month of the United Kingdom-Mexico spirits agreement, which guarantees that Britain’s most traditional beverages, including Scotch Whisky and Irish Whiskey will retain their protected Geographical Indications (GIs) in Mexico. Tequila and Mezcal will also continue to be protected in the United Kingdom.

CPTPP is a priority for HM Government

As avid followers of Britain’s trade policy will know, accession to the dynamic trading force in the Pacific, known as the Comprehensive and Progressive agreement for Trans-Pacific Partnership (CPTPP) is a priority for HM Government. Today’s deal is another step closer towards that ambition, which we aim to apply for formal accession in early 2021. Together with our friends and allies in Mexico, we can now look forward to deepening and strengthening our trading partnership, boosting our businesses, and creating better jobs in both countries.

Joining CPTPP would put Britain at the centre of an increasingly influential trade network of eleven dynamic economies in the Indo-Pacific region, which already accounts for 13% of global GDP, rising to 16% with our accession.

A 'future fit' FTA with Mexico

This deal is great news for businesses on both sides today, as it provides British firms with the certainty that they need to continue to trade in the Mexican market – saving in total, around £59 million worth of duties that they would have faced under WTO terms.

But, importantly, this trade deal marks our commitment to begin negotiations on a new and ambitious United Kingdom-Mexican free trade agreement too –and is a firm foundation from which to begin negotiating next year. Both countries pledged to go much further than the current trade deal, in areas such as data, digital trade, investment, intellectual property and services.

Mexico has a market of over 130 million people and is expected to become one of the world’s top 10 economies within a generation, according to the Organisation for Economic Co-operation and Development (OECD). Around 4,000 British businesses already export goods to Mexico, and I will continue to make it my mission to make it easier for even more British companies to trade with this area of the world.

The United Kingdom has now secured trade deals with 58 countries – accounting for £198bn worth of trade annually – a mere indication of our true potential as an independent free trading nation.

Yesterday, we signed an Economic Partnership Agreement (EPA) with Kenya, marking a deepening of our relationship and a crucial step towards reaching a future regional deal with the whole East African Community (EAC).

Britain and Kenya already enjoy a strong trading relationship shaped by our shared principles of open, free and fair trade.

In the years ahead, Kenya and the wider African region will be key trading partners for the United Kingdom. Kenya is a well-diversified and growing economy – the largest in East and Central Africa – with average annual growth of 5.5% over the last decade. It is also a regional hub for finance and trade, with much of the region using the port of Mombasa.

With support from the United Kingdom, Kenya has climbed to 56 in the World Bank’s Ease of Doing Business (EODB) rankings 2019, up 80 spots in five years. Kenya also has a dynamic, innovative technology sector, with Nairobi dubbed the ‘Silicon Savannah’ thanks to its thriving start-ups.

Yesterday’s deal will benefit many of the 2,500 British businesses already exporting goods to Kenya each year, including many British suppliers of machinery, electronics and technical equipment, where continued tariff-free access will be guaranteed.

Through this trade agreement, the United Kingdom and Kenya have delivered long-term certainty, and preferential conditions, for our businesses, consumers and investors.

But our relationship goes far beyond just trade.

For decades, the United Kingdom has been a key development partner of Kenya, with wide ranging support across education, health and many other sectors.

This deal signals the start of a new trade relationship between us, and we will continue to work with Kenya through development cooperation to create good quality jobs, stimulate investment, and reduce the costs of trade.

The United Kingdom remains committed to strengthening our trading relationships with the other EAC states too, with whom Kenya is part of a Customs Union, and has ensured that this Agreement contains provisions to enable them to accede to it in future, should they wish.

The EPA will further help to promote sustainable growth and poverty reduction through increased trade and investment links and provides a platform for these trade ties to go from strength to strength in the years ahead.