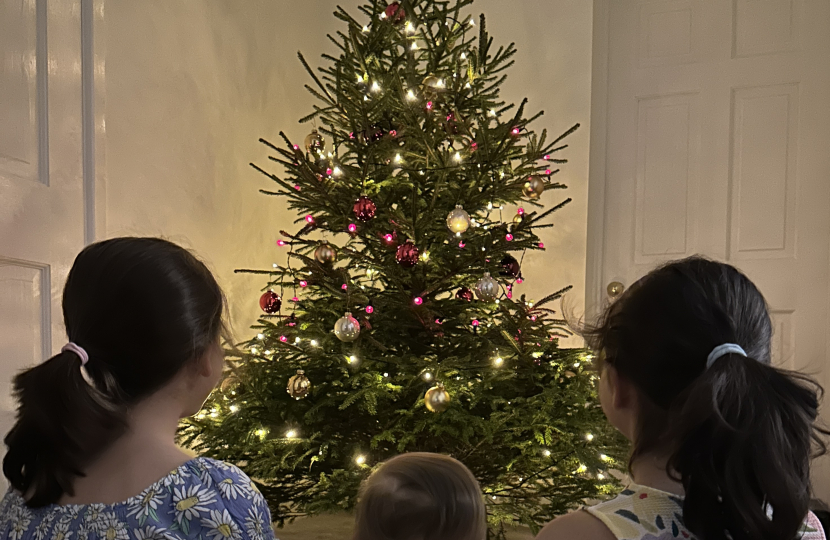 What a year it has been. The residents of North East Hampshire, will have experienced some great highs and lows this year. For me, this was epitomised by our joyful celebrations of Her Late Majesty Queen Elizabeth II’s Platinum Jubilee in June, juxtaposed with the sadness that we collectively felt as a nation, following Her Late Majesty’s sad death in September. It is on occasions like these where our communities across North East Hampshire mean more to us than ever.

These are challenging times. I know that. I am under no illusion about how difficult the last year has been for some local families and businesses, following the difficulties of the pandemic. Indeed, I’ve continued to receive an unprecedented level of correspondence from constituents this year. Whilst I have had to prioritise cases of the utmost urgency throughout, I deal with every piece of correspondence from constituents as soon as that is possible. You may interested to learn that my team and I have worked on 11,000 individual cases in the last year alone – excluding all the other emails that come in about policy from lobbyists and others – so the hard work continues.

I have seen – from the inside – Ministers and civil servants across HM Government working to do all they can to support the public too and, whilst I am no longer part of HM Government, I will continue to put pressure on Ministers to deliver. By way of an example, you can read the Parliamentary Questions I posed to HM Government prior to my appointment as a Minister, and since, at: bit.ly/ranilasks

From May 2020 to this September, it was a privilege to serve as Minister for International Trade, where I worked to back British businesses around the world, bulldozed 400 trade barriers, and secured trade deals. Between us, the then Trade Secretary – Liz Truss – and I reached free trade agreements with 71 countries around the world.

I am very grateful to her for appointing me as Secretary of State for Environment, Food and Rural Affairs on being made Prime Minister and, though we’ve had international economic challenges to deal with, I am pleased to have laid the groundwork to ‘free our farmers’ and to continue protecting our environment. From food security and supporting our farmers, to improving water infrastructure and water quality, I was pleased to work with people nationwide to work towards a thriving rural economy and a cleaner environment. After much work in my tenure, my successor will now be able to take forward the plans set in motion.

Heading into 2023, we have much to be thankful for, and much to look forward to. I will continue to work hard for the people of North East Hampshire, where it continues to be an enormous honour to serve as your local Member of Parliament.

Should you need assistance, I am here for you, so do get in touch: email@ranil.uk. As it has been since 2015, I remain on your side. I wish you all a very happy Christmas and a peaceful 2023.