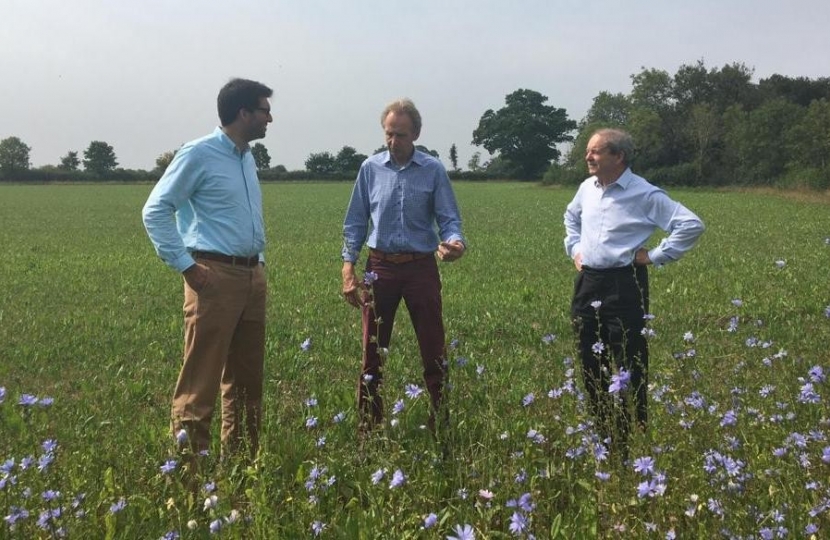 In 2019, I voted down Mrs. May’s deal three times. Not because I wanted to leave the EU with ‘no deal’, but because I believed we deserved better. This was the view of the British people too and, as Boris Johnson, David Frost and their team have proven, a better deal was possible. It is this deal – in force now – that unleashes Britain’s potential, at home and around the world.

We are no longer restricted by the EU and can demonstrate our true potential on the world stage. Last month, I am delighted that we have secured trade deals with our good friends in Kenya, Vietnam, Singapore, and many more. Between Christmas and New Year, we signed a trade agreement with Turkey, a major win for British automotive, manufacturing and steel industries. These deals are only the tip of the iceberg in our mission to establish a truly Global Britain, leading from the front and championing free and fair trade.

In just two years, the United Kingdom has agreed trade deals with 63 countries outside the EU, from Japan and South Korea to Moldova and Mexico. This in itself is an unprecedented achievement, as no other country has ever negotiated so many trade deals simultaneously.

We’ve secured preferential trading terms for some £217 billion in non-EU bilateral trade, including the deal we signed with Japan – negotiated in record time and virtually – which guarantees better provisions for our world-leading services, digital and data sectors.

Britain is – once again – an independent trading nation, free to look beyond the horizon and seize the opportunities out there. It is through trade that she can build ever stronger partnerships around the world that not only generate economic value but, importantly, support our values – protecting our natural environment, defending democracy, and helping to transform the lives of people less fortunate around the world for the better.

We have now secured 97% of the trade value that we set out to reach agreements for first, beyond the EU. And there’s more to come. Trade talks – as will now be apparent to all – often go down to the wire.

These agreements provide a strong foundation for our future trading relationships as we look to strengthen further trade ties globally through negotiating new and ambitious free trade agreements. By working together with forward-looking, like-minded nations, we will secure ambitious trade deals that benefit great British businesses, keep consumers in mind, and drive economic growth globally.

And our United Kingdom-Mexico deal enshrines our commitment to start negotiating a new trade deal with our Mexican friends too, which will secure even more benefits for British industry, and go further in areas of mutual interest such as data, digital trade, services and intellectual property.

That’s in addition to our ongoing negotiations with United States, Australia and New Zealand.

And our deal with Kenya, delivers long-term certainty, and preferential conditions, for businesses in both countries, benefitting consumers and investors, and supporting economic development. The deal has been constructed in such a way that other countries in East Africa will be able to join it and benefit their own people whenever they are ready.

Many of these deals and negotiations are significant steps towards Britain’s accession to the Trans-Pacific Partnership (CPTPP) too, to which we aim to apply for formal accession soon.

Joining the CPTPP would put Britain at the heart of an increasingly influential trade network of 11 dynamic economies in the Asia-Pacific region that already accounts for 13% of global GDP and would rise to 16% with our accession. This is a trade network that doesn’t tell countries how to govern themselves nor how they can trade with their friends – but it does help remove tariffs on 95% of goods.

All of this is ultimately good news for great British manufacturers, producers and exporters, supporting jobs in every corner of the United Kingdom. But it is not just our businesses that will benefit. British consumers will be able to continue to enjoy cheaper household goods on supermarket shelves from Chilean Wine to Kenyan Tea. We have secured all this against the odds and facing unprecedented challenges.

The deals we’ve done are just the beginning, but they do set out clearly our ambition as a free trading nation to champion British interests and push for ambitious and forward-thinking trade partnerships. And that’s why I have been getting into the detail with our friends in India and the subcontinent, the Gulf Cooperation Council, and Mercosur.

Global Britain in the years ahead

Having served as the Conservative Party’s Deputy Chairman – and Vice-Chairman previously, with responsibility for policy – I enjoyed meeting Party Members, listening to Parliamentarians, and working with the Cabinet and advisers in devising our manifesto ahead of the General Election, then campaigning on it on the doorsteps of constituencies across the country.

One of its clear promises was to secure free trade deals with countries that cover 80% of our trade within three years – and it is good news that we are well on our way. All the folks at the Department for International Trade have been working flat out to strike the trade deals we have.

But it is clear that, now more than ever, we must also look to new markets, to help diversify our trade routes and supply chains in regions like Latin America, the Middle East, and the Indo-Pacific.

As Britain lifts her eyes for the first time in almost fifty years, our guiding principle over the next few years will remain the same; we will negotiate new trade deals that champion the interests of British businesses and the British people.

Global Britain is here, and is ready to show the world her true potential once again.

This article was originally published on ConservativeHome.com on 1st January 2021.