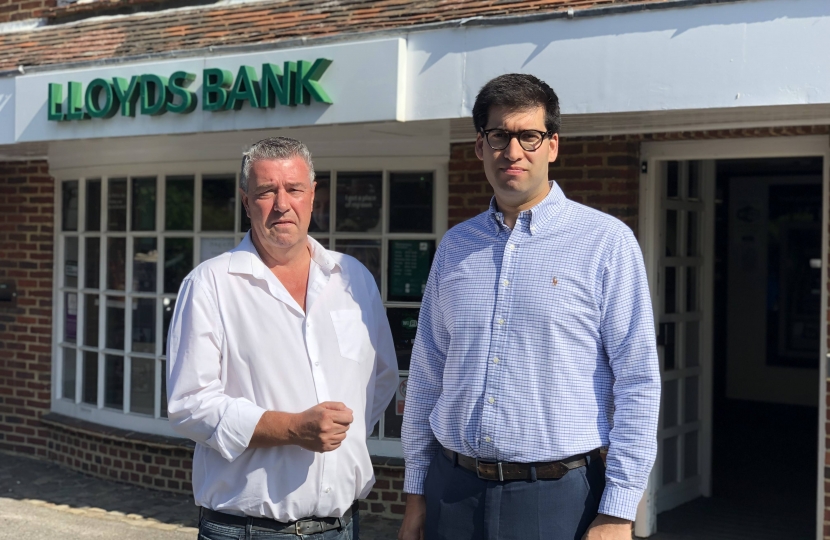 The local MP said he was disappointed by Lloyds Bank’s announcement on Thursday [23rd May] that it would close the Forge Court branch on 29th August 2019 – leaving the nearest branches of any bank up to a two hour round trip away.

Urging residents to sign a petition against the closure, Mr Jayawardena said:

“I am very disappointed that Lloyds have made this announcement.

“This follows the recent closure of the Barclays branch in Yateley, and is despite the Lloyds branch being highly valued by the local community, particularly by older residents and small business owners who find it far easier to manage their finances in person.

“If customers’ bank accounts have to be managed at Camberley or Fleet, Yateley residents are facing a one-to-two hour round trip by public transport, which is clearly not in the best interests of our community.

“If local people want to send a signal to Lloyds that they should keep their Yateley branch open, I would encourage them to sign my petition at: ranil.uk/yateleylloyds”