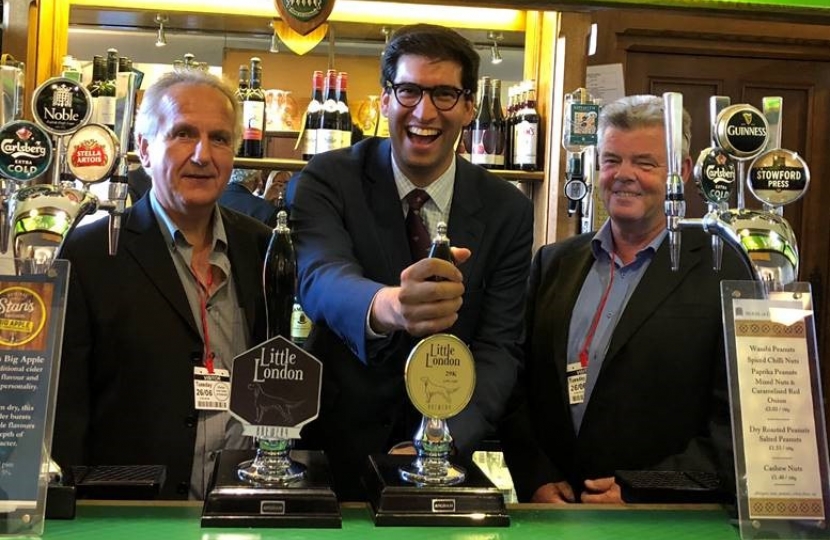 Member of Parliament for North East Hampshire, Ranil Jayawardena MP, recently welcomed Little London Brewery to the House of Commons in honour of their new beer “29K” featuring as a guest ale in Parliament’s Strangers’ Bar. While on sale, it will be enjoyed by Parliamentarians and their guests from across Britain and beyond.

Little London Brewery is based in Mr Jayawardena’s constituency of North East Hampshire and produces ales using only natural English ingredients. They describe the 29K as a light hoppy beer with a low alcohol content of just 2.9% ABV that will shortly be available for sale to the public. Its production follows a visit in January 2017 by Mr Jayawardena to the brewery in Little London as part of his tour of local businesses.

“It was a great pleasure to welcome Little London Brewery to the Houses of Parliament and I am thrilled to see 29K being enjoyed here at the House of Commons before it launches nationally.”

“I was delighted to nominate Little London Brewery for 29K, which is a perfect session ale for a summer’s afternoon! I hope that my fellow MPs enjoy it as much as I did!”