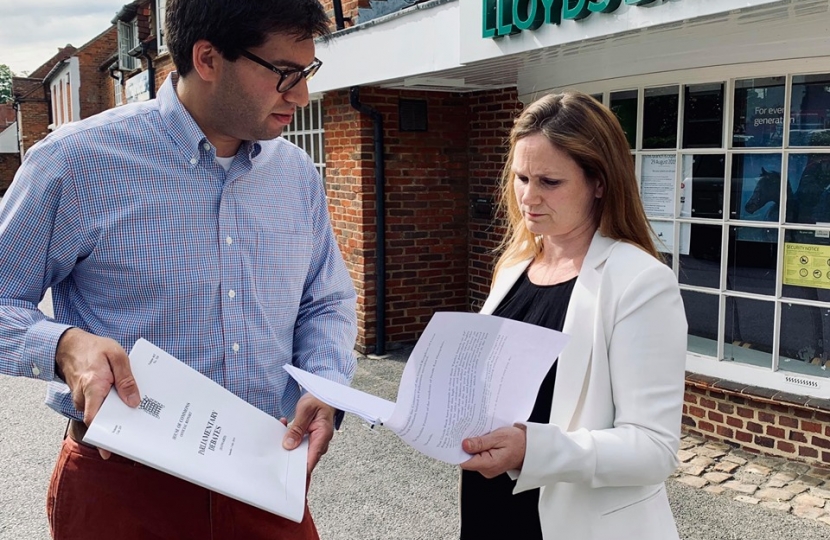 North East Hampshire MP Ranil Jayawardena has submitted a petition against the closure of Lloyds Bank in Yateley.

Mr Jayawardena, who started the petition after Lloyds announced it would close the last remaining bank in Yateley on 29th August, presented it to the House of Commons after it was signed by almost 1,000 people – before providing a copy to Lloyds Banking Group. He said:

“Thank you to everyone who has supported, signed and shared my petition to keep Lloyds Bank in Yateley open. I’m on your side and will continue to work hard for our community.

“While the decision is ultimately a decision for the Bank, they are now under no illusion as to our view. If you haven’t signed it so far, please help us strengthen our numbers further and share it with your family and friends: ranil.uk/yateleylloyds”

The Forge Court branch became the last remaining bank in Yateley after Barclays closed their branch in 2014. If the Lloyds branch is closed, the nearest banks to Yateley will be up to a two-hour round trip away in Camberley and Fleet.