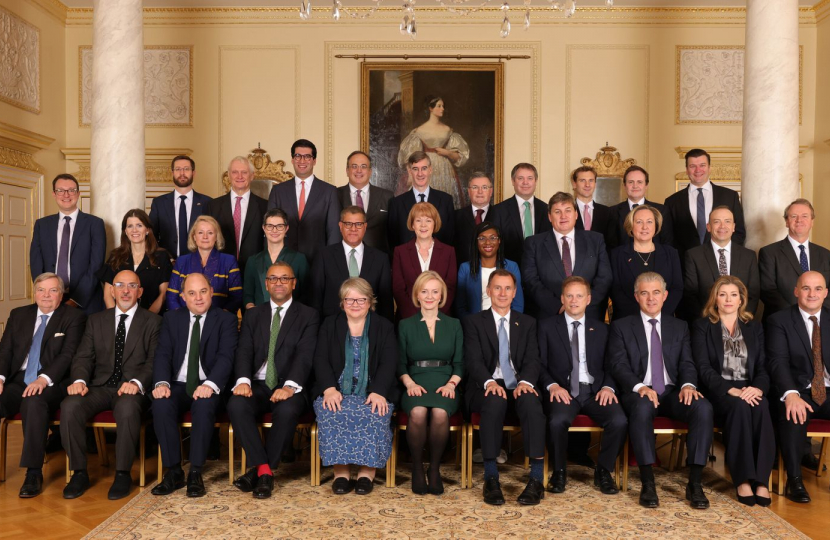 My congratulations on your appointment. I know that you wish for a new team to join you in HM Government, so I write to stand aside.

From May 2020 to this September, it was a privilege to serve as Minister for International Trade, where I worked to back British businesses around the world, bulldozed 400 trade barriers, and helped the then Trade Secretary secure trade deals with 71 countries.

I am very grateful to her for appointing me as Secretary of State for Environment, Food and Rural Affairs on being made Prime Minister in September and, though we mourned the loss of Her Late Majesty Queen Elizabeth II and have had international economic challenges to deal with, I am pleased to have laid the groundwork to ‘free our farmers’ and to continue protecting our environment.

On my first day in office, I met water company bosses to give them their report card. They caused 62 serious pollution incidents in 2021, so I asked them to bring forward a plan to accelerate investment in infrastructure. They did – and I trust my successor will make sure they deliver.

Privatisation has put in £170 billion of investment into our water infrastructure already, and the private sector will now put in another £56 billion more. If they don’t deliver, there should be consequences. The plans I put forward will lift the Environment Agency’s maximum civil fine for each individual breach of the rules from just £250,000 to £250 million.

We must ‘free our farmers’ too. After much work in my tenure, my successor will now be able to take forward the plans set in motion to improve our nation’s environmental land management schemes, making them easier for farmers to access, removing current areas of frustration, updating and replacing outdated regulations, and going further and faster to deliver the ambitions of the Conservative Party for food, farming, climate and the environment.

From food security and backing British farmers, to water security and growing our rural economy, I am sure that HM Government will continue to deliver, and you will have my support in doing so.

I will continue to work hard for the people of North East Hampshire, where it continues to be an enormous honour to serve as their local Member of Parliament. As it has been since 2015, I remain on their side.