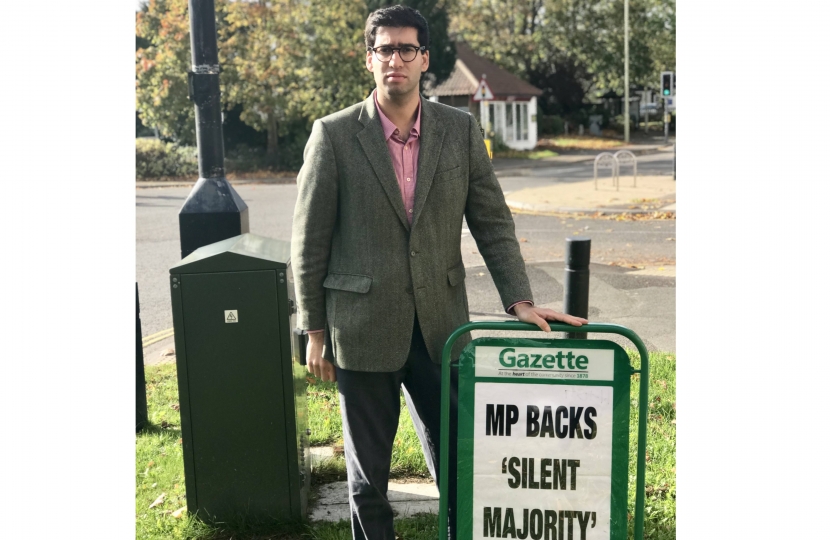 Member of Parliament for North East Hampshire, Ranil Jayawardena MP, welcomes yesterday’s announcement that the High Court has granted Basingstoke and Dean Borough Council an interim injunction allowing it to deal more quickly with Unauthorised Encampments within key areas of the borough. Covering Basingstoke town as well as areas of Bramley and Silchester worst effected by encampments, the injunction gives the police and landowners the power to prevent individuals from setting up unauthorised sites, as well as the power to remove them immediately.

In response to the news of the High Court Injunction, Mr Jayawardena said:

“I am pleased that Basingstoke and Deane Borough Council has listened to me – and local residents – and took legal action to secure an interim injunction at the High Court. This gives our local police further and faster powers to protect the areas most targeted by unauthorised encampments. For instance, around the villages of Bramley and Silchester, it should now be possible to deal immediately with any sites to limit potential damage and clamp down on unacceptable behaviour. Hart District Council will, I trust, be considering this course of action as well.”

“Unauthorised Encampments are a nuisance to law-abiding citizens and I will continue my work in Parliament to reach an new legal settlement that upholds the rights of ordinary citizens over their own property. This High Court injunction confirms that the law is moving in our direction.”

As a previous Deputy Leader of Basingstoke and Deane Borough Council – and now as a Member of Parliament – Mr Jayawardena has long campaigned to give local residents more rights to remove people from their own land in the face of unauthorised encampments. He recently presented a petition to the House of Commons calling for more action to be taken to protect communities from unlawful sites and that police be given more powers to remove these encampments.

“I believe that, given that the petition has received nearly 2,000 signatures, both online and offline, the Government must recognise the strength of feeling among the silent majority.”

Ranil Jayawardena MP has previously raised this issue in debates in the House of Commons, saying:

“We do have discrimination in this country, not against Travellers and Gypsies, …  but against the hard-working, honest residents of communities up and down the land, the silent majority.”

“It is a totally unlevel playing field and something must be done. Constituents demand it—and, boy, do they deserve it.”