Opportunity knocks: Helping British businesses to trade around the world 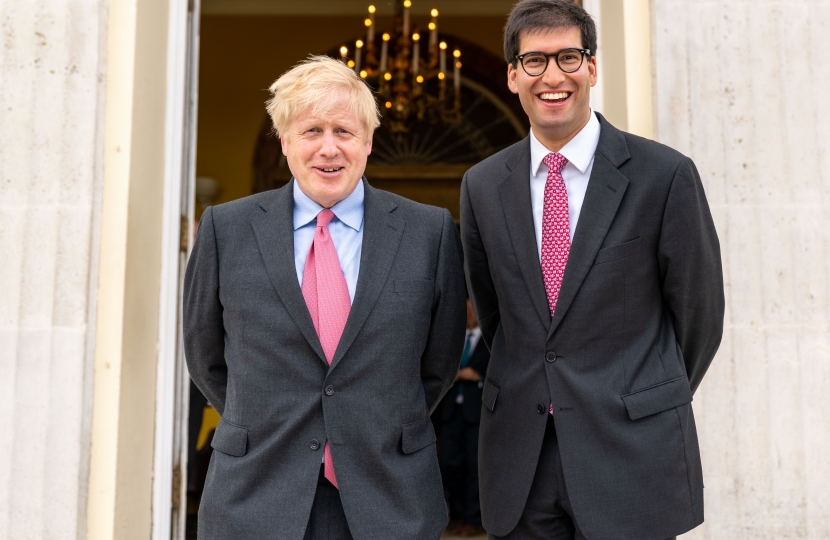 As Trade Minister, I spend a lot of my time speaking to businesses – large and small – sadly by video call all too often. And, no matter where they are in the country, the degree to which British industry has struggled this year is clear to see.

But those calls also demonstrated the determination I knew they had: to reopen, to rebuild, and to get back to the business they do best.

As we battle this virus across Britain – and Wednesday’s announcement that the Oxford/AstraZeneca vaccine has been approved gives us a little more light at the end of the tunnel – the government is doing everything it can to support that aspiration.

To back our businesses, strengthen our economy, and look to the opportunities ahead.

And to build back better: creating better jobs, boosting wages and raising standards of living.

At my Department, we have been responsible for non-EU trade and have been doing our bit, quietly and carefully, often under the radar. Now we have left the EU, we have seized Britain’s new status as an independent trading nation to strike trade deals.

Despite what the “doubters, doomsters and gloomsters” said, we have already secured trade agreements with 63 countries, plus the European Union, covering trade worth a whopping £885bn billion last year: mostly recently with countries including Mexico, Singapore, and Vietnam.

And there is more to come. We have only just begun. We can go further and faster than the EU, using Britain’s regained agility one-to-one, rather than as one of 28.

Trade is all about the detail – and it all adds up.

In the last year alone, we helped resolve 175 specific barriers to trade across 61 countries outside of trade deals too: from Scottish fisheries exporting their delicious products to Brazil, to Midlands nutrition bar producers shipping their wares to the Middle East. People want to do business with us.

So much for ‘little Britain’.

We also recognise that the global economy is changing: more services-orientated, research intensive and online – changes only accelerated by Covid-19.

So, we are also developing a cutting-edge trade support ecosystem, fit for the digital age.

We already have GREAT.GOV.UK – a ‘one-stop shop’ to buy from, invest in, or expand into our great nation – offering help on everything from duties and customs procedures to logistics, market access advice to accessing finance.

We have pioneered an online Market Access service, which I urge companies to make use of to report obstacles to trade.

And we have now established a new online tool to help British businesses to see, quickly and easily, exactly what barriers trade they might face in any particular market.

It will signpost them to the commercially facing, practical support available from our world-leading trade experts to overcome those barriers.

It is tools like this that will help our country bounce back: redoubling our efforts to put our businesses, from the one-man-band to the FTSE100, on the front foot to take advantage of the golden opportunities out there.

Indeed, this people’s government is particular keen to support SMEs in their endeavours, so that they can use their agility to benefit Britain, as Britain uses her agility to benefit them. That’s why we’re negotiating specific SME chapters in our future trade deals.

Global Britain is here, and she is here to stay.

A Global Britain who stands tall as a fierce champion of the free and fair, rules-based, international trade system, that not only gives us the weapons to fight this pandemic but will be the key to our future prosperity.

A Global Britain who regains her buccaneering belief as a dynamic trading superpower, with a red-tape -slashing spirit and cutting-edge trade support.

A Global Britain who strives to seize opportunities in new and growing markets, exporting her goods and services to every corner of the globe, creating jobs, growth and prosperity for the British people.

With the ingenuity, resilience and determination of our businesses, and the support we are putting in place, I am confident that Britain’s future is great.