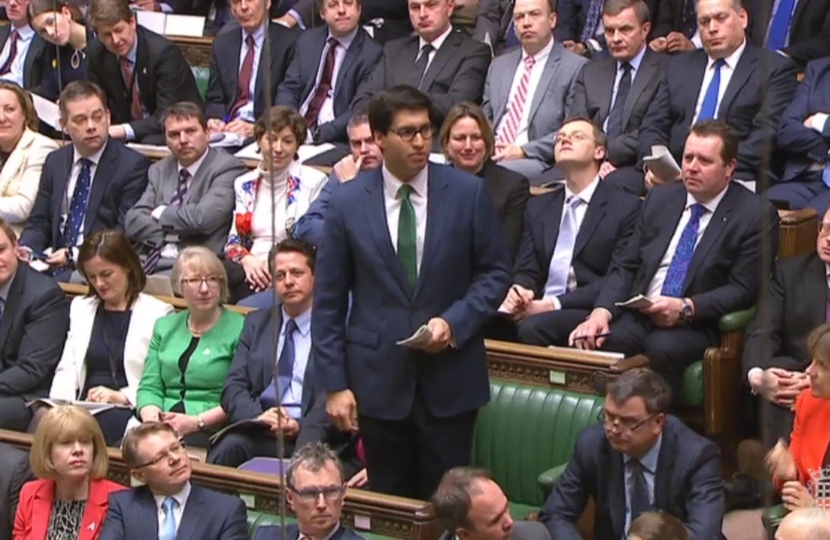 On the 16th March, Ranil asked the Prime Minister, David Cameron, what actions this Government is taking to halt the genocide being committed against Christians and other minority groups in the Middle East.

Ranil asked: “The systematic killing of Christians and other minority groups across the Middle East has reached unprecedented proportions. The fact that Her Majesty’s Government is taking action against the so-called Islamic State is welcome. What more can my Right Honourable Friend do, working with the international community, to halt the genocide being committed against Christians, by what I’d rather call the Satanic State?”

The Prime Minister responded: “My Honourable Friend is absolutely right to draw attention to what Daesh is doing in terms of persecuting Christians and others, not least those of other faiths and indeed Muslims who they take disagreement with. What we must do is keep to the plan. We can see that we have shrunk the amount of territory Daesh have by about 40% in Iraq. We are seeing also some progress in Syria as well, but this is going to take time and we must show the patience and persistence to make sure that we rid the world of this evil death cult.”

Please click on the following link to watch: j.mp/RanilPMQ160316