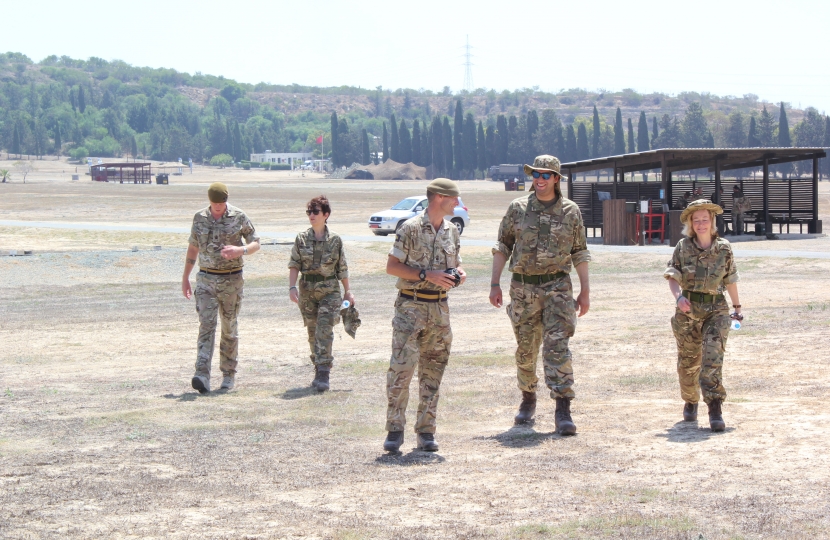 The Ministry of Defence provides £10 million a year in grants for programmes that support the armed forces community. For 2020-21, the Armed Forces Covenant Fund Trust will have a further £10 million to specifically deliver charitable projects and initiatives that support veterans with mental health needs.

Projects that have received funding in the past range from building new nurseries in civilian areas which also have a high density of Armed Forces families, to funding military-themed community activities that increase understanding between the Armed Forces community and the civilian community.

“During these difficult times and beyond I want to make sure local residents in the armed forces, including those still serving, veterans, and their families, get the support and services they need.

“Military charities operating in North East Hampshire do a fantastic job in supporting this community and I want to ensure they, and other charities like them, are supported to get their fair share of the Government’s annual £10 million Forces Covenant Fund.

“That’s why I’m urging any military charity and organisation in the constituency to contact me if you would like to meet and discuss the Fund, to see if it’s an opportunity that’s applicable to you and if I can support you in potentially accessing additional funding.

“I’d also love to hear from other residents, for example people involved with veteran’s groups, with any ideas they might have for future funding initiatives I could take to Ministers”

FREE and fair trade has built Britain up by helping create new jobs, businesses and industries. As a newly independent trading nation, we are using her full power at this critical time to fuel our recovery and build back better.