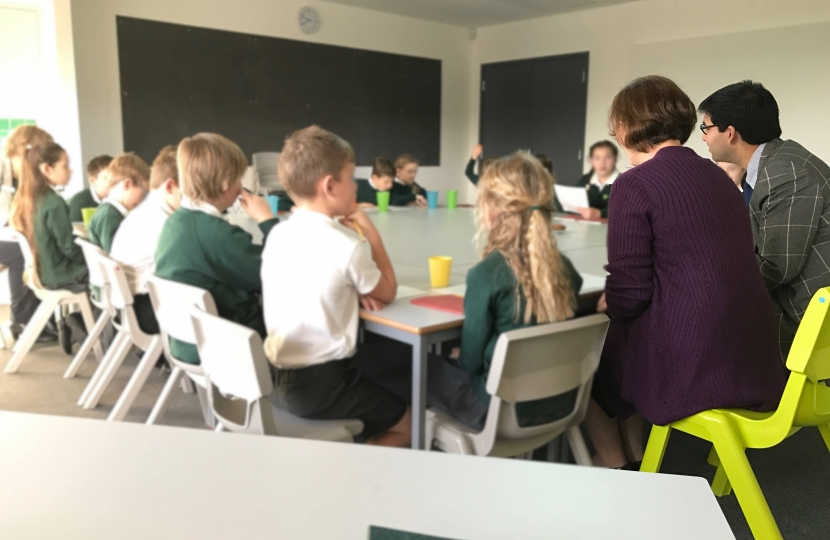 Member of Parliament for North East Hampshire, Ranil Jayawardena MP, is today launching the public consultation in the latest stage of his fight to secure a new secondary school for north Hampshire.

Demonstrating parental engagement and demand to the Department of Education is a crucial step in securing funding for a new school, which would be set up as a ‘Free School’, free of local government control.

North Hampshire (comprising Hart District, the Borough of Basingstoke and Deane and the Borough of Rushmoor) has some of the best primary schools in the country and is above average for traditional indicators of success—earnings and life expectancy—with one of the lowest unemployment rates in the country, but achievement rates have been consistently below the England average for 5+ A*-C GCSEs including English and Maths across north Hampshire’s state-funded secondary schools.

It’s not to say that all schools are bad but, in the most recently released figures, only six of nineteen secondary schools in north Hampshire were at or above the national average by Progress 8[1]—so we can do better.

“Our children deserve the best start in life—regardless of where they live or what their families can afford. As someone who was lucky enough to get a good education locally in Hook and at Robert May’s in Odiham, I am excited to promote a new secondary school that will give more local children that chance—and help improve other local schools too.”

“People keep telling me the same thing—they want choice and they want a tailored education for their children—not simply to increase standards across schools, but to provide a rigorous education that will put our future generations in a position to succeed in the jobs of tomorrow.

“If you agree that we need a new school, whether because you want more choice for your child, more school places locally or more academic rigour in education, then we need you to say so! I would strongly urge you to visit my website here—complete the survey yourself, then share it with your friends and family.”

[1] Progress 8 is HM Government's measure of pupil progress; it compares how pupils progress compared to other pupils at the same starting point in other schools.

A New School For North Hampshire

Our new school—FAQs, Information and Survey

"Our children deserve the best start in life—regardless of where they live or what their families can afford.